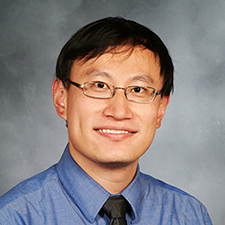 Ray Chen, MD, was destined to find a path in informatics, even when he didn’t know such a field existed.

After earning his undergraduate degree in computer science at Duke, Chen earned his MD at Yale, where he studied outcomes research. It was during his ensuing residency when he “learned about this thing called informatics, which dovetails my technical background with my interest in research.”

His time within DBMI fortified his belief in informatics and research.

“My time in the department has helped inspire me to want to pursue an academic career,” says Chen, who accepted a position at Geisinger and plans to work primarily in research. “It led me to realize that I really enjoy the scholarly, academic discussions that we have, the questions that we pursue, and the opportunity to contribute to evidence that drives clinical practice.”

His path to Columbia began when he moved to New York and reached out to George Hripcsak, MD, MS, Chair and Vivian Beaumont Allen Professor of Biomedical Informatics. Hripcsak welcomed him to the department as a research scientist before he officially began his two-year fellowship program.

“George impacted me a tremendous amount,” Chen says of his eventual postdoc advisor. “He is one of the most brilliant people I have ever met, or will ever meet, but at the same time he is incredibly humble, soft-spoken and approachable. He is thoughtful, available, and when he says something, it’s usually spot-on.”

Their partnership led Chen to OHDSI, a global community centered at DBMI that collaborates on generating real-world evidence to promote better health decision-making.

“Ray took ownership of an OHDSI oncology project with the National Cancer Institute, showing that cancer and cancer subtypes could be estimated accurately from observational databases and showing that cancer patients being treated for chronic diseases received treatment similar to those without cancer,” says Hripcsak. “He has done a spectacular job.”

His expertise moved him into a critical role within the LEGEND project, one of OHDSI’s most impactful studies. Chen contributed his domain expertise to help build clinical phenotypes for the project, which had its first network study published by the Lancet last fall.

“Getting to work on the LEGEND study has probably been the coolest part of my time here, and the most interesting,” Chen said. “The potential of what we can do, and the rigor in terms of the statistical methods to try to minimize bias and confounding, at the scale in which we did that study, is incredibly impressive.

Chen’s experiences have demonstrated how important the interaction is between clinical expertise and informatics.

“Throughout DBMI, we recognize that having domain knowledge and expertise is helpful,” Chen said. “The clinical piece definitely informs the informatics piece by making sure we ask the right questions. That’s the first and most integral part to good research is making sure we’re answering the useful questions, ones that are actionable on the clinical side.”

That belief was tested in the final months of Chen’s postdoc experience, as COVID-19 overwhelmed both the city and NewYork-Presbyterian Hospital. Chen knew it was critical to gain as much understanding as possible about the clinical characteristics of a disease that both caused a global pandemic and left researchers scrambling to find treatment options

“With the emergence of COVID-19, Ray sprung into action, recruiting 30 medical students to abstract COVID-19 data from our electronic health records,” Hripcsak says. “He engaged the students deeply in the research, launching a series of COVID-19 research projects.” 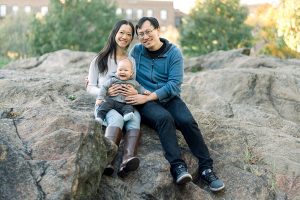 The main paper from that research, recently published by the British Medical Journal, highlighted risk factors for COVID-19, frequency complications, and a bimodal time distribution for risk of requiring intubation, and it included numerous findings that didn’t always match previously reported COVID results.

Chen hopes that sharing both the characteristics and the clinical course for patients at one of the global epicenters of the disease could provide valuable guidance for treatment and care for future patients. It is a prime and timely example of what intrigued Chen to the field of biomedical informatics in the first place, and why his presence in the field could provide critical benefits to the healthcare community moving forward.

“There is certainly a need in the world for more clinician/informaticians, people who know and can cross both worlds, and can talk the language on both sides,” Chen says. “There is so much technical expertise and clinical questions that need to be answered, and often there just isn’t enough cross-talk. The more of that, the more exciting innovations and knowledge we can generate.”