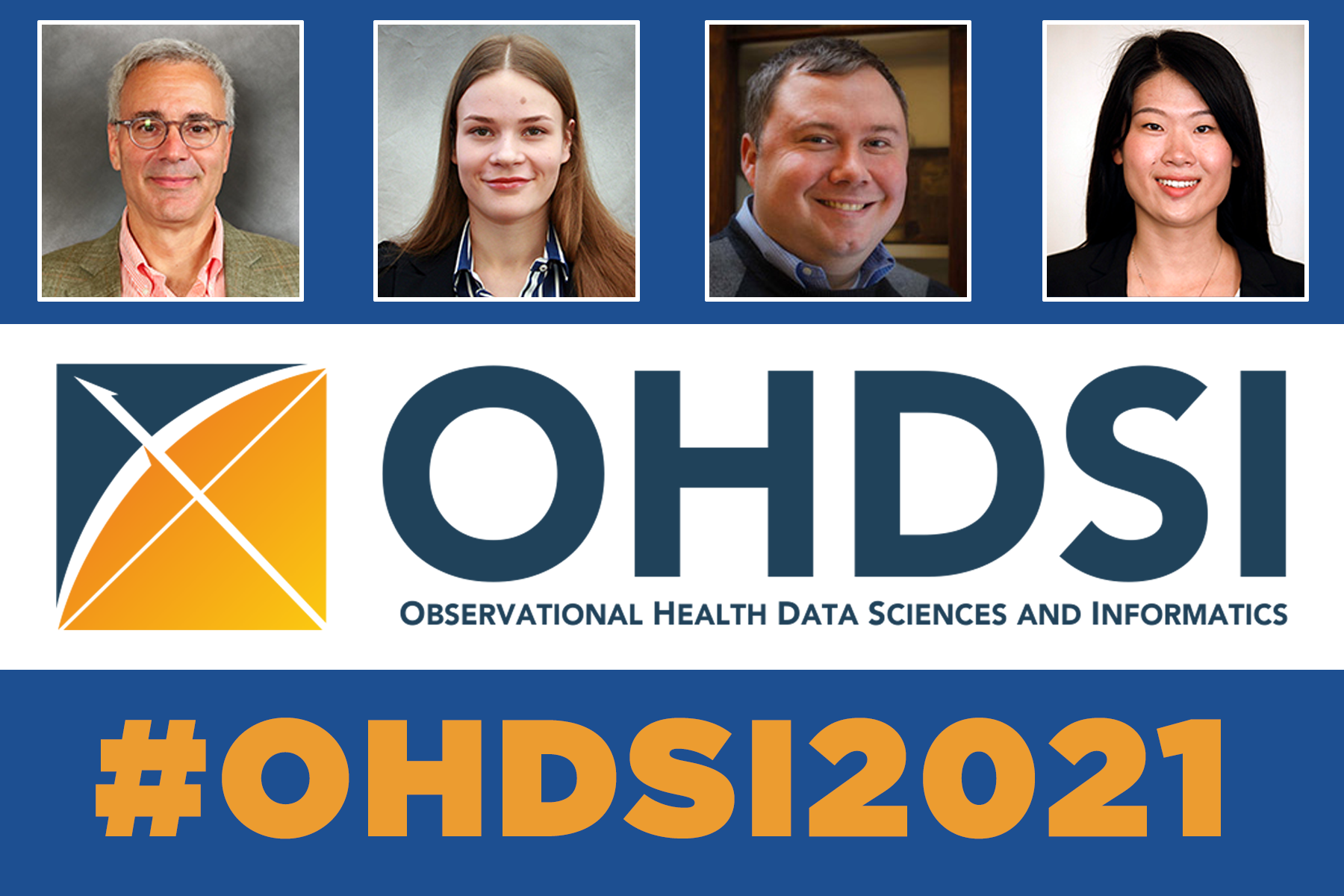 Observational Health Data Sciences and Informatics (OHDSI, pronounced “Odyssey”) strives to promote better health decisions and care through globally standardized health data, continuously developing largescale analytics and a spirit of collaboration though open science. It is a global community of more than 2,800 researchers across disciplines (including biomedical informatics, epidemiology, statistics, computer science, health policy, clinical sciences), across stakeholders (including academia, industry, government and regulatory authorities, and health providers), and across geographies (including 76 countries and six continents).

Columbia University serves as the central coordinating center for the OHDSI community, and both faculty members and trainees played crucial roles in putting together the 2021 OHDSI Symposium, which was held virtually Sept. 12-15 and welcomed the largest numbers of registrants in the seven-year history of this annual event.

George Hripcsak, Chair and Vivian Beaumont Allen Professor of Biomedical Informatics, kicked off the two main symposium days (Sept. 14-15) by providing his annual State of the Community address. This talk highlighted all aspects of the OHDSI community, ranging from its data standards and methods research, to its collaborative activities and more than 360 publications. The talk highlighted “The Journey: Where The OHDSI Community Has Been, And Where We Are Going,” which was produced by Craig Sachson, DBMI and OHDSI Director of Communications, and announced at the symposium.

Patrick Ryan, Adjunct Assistant Professor of Biomedical Informatics, also took on a familiar role, as he provided the closing talk, which focused on OHDSI’s work through the perspective of a patient. He also led a full-day tutorial on building conceptsets, and co-led one of the most popular interactive activities of any OHDSI Symposium, a full-day “OHDSI Reproducibility Challenge Workshop.

Anna Ostropolets, a DBMI PhD student and veteran OHDSI collaborator, also co-led the OHDSI Reproducibility Challenge Workshop, and she gave a report from the event during the Day 2 plenary. She was also a presenter during the Day 1 plenary on OHDSI’s impact on the COVID-19 pandemic; her talk was on “Incidence rate method sensitivity and anchoring.” Anna also took part in the Collaborator Showcase, which featured more than 100 posters, software demos or oral presentations from the OHDSI community; her work, entitled The concept of anchoring in observational study design and its influence, was voted the Best Community Contribution Award winner following the symposium.

Linying Zhang, also a DBMI PhD student, was selected to provide one of the lightning talks as part of the collaborator showcase. Her talk was part of the Methodological Research hour: Assessing the impact of race on glomerular filtration rate prediction.

Several DBMI students and faculty members were co-authors on collaborator showcase presentations. DBMI members who led these works are listed below (the full team is listed in parentheses).