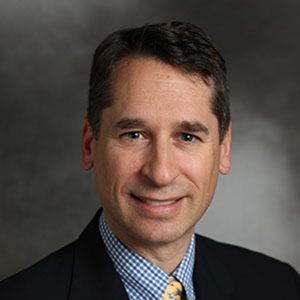 Dr. Andrew S. Kanter is an Assistant Professor of Clinical Biomedical Informatics and Clinical Epidemiology at Columbia University, where he has been a faculty member since 2006. He is appointed both in the Department of Biomedical Informatics in the College of Physicians & Surgeons as well as in the Department of Epidemiology at the Mailman School of Public Health, and also at the Earth Institute. Dr. Kanter directs the Columbia International eHealth Lab (CIEL), which brings together resources from the medical school, public health school and the Earth Institute for eHealth work around the world. His work focuses on bringing real-world solutions to resource-poor settings to help them achieve the Millennium Development Goals. He specializes in clinical informatics and medical terminology and international standards, in particular.

Interested in application of ICT to health in the developing world, he has worked or traveled in more than 50 countries. He has published and has spoken widely on these topics. Prior to joining Columbia, he spent 12 years with a private medical informatics company where he helped develop the Healthmatics EHR now being sold by Allscripts, in addition to providing medical terminology and consulting services to other electronic medical record companies. He currently leverages this terminology and EHR experience to support the development and implementation of the Millennium Villages Global-Network (MVG-Net) for the Millennium Villages Project (MVP) as well as other eHealth and mHealth implementations around the world. He works extensively with open source applications such as ChildCount+, CommCare, Open Data Kit, OpenMRS, and DHIS2.

Dr. Kanter is a Fellow of the American College of Medical Informatics. He is also a member of the editorial board for the International Journal of Medical Informatics and has been a member of the scientific program committee for several informatics annual meetings. He is on the leadership team of the OpenMRS community. He sits on several Boards of Directors (including Intelligent Medical Objects, Inc.) and is Past-President of the Physicians for Social Responsibility and Co-Regional Vice President of the Nobel Prize-winning International Physicians for Prevention of Nuclear War (IPPNW).