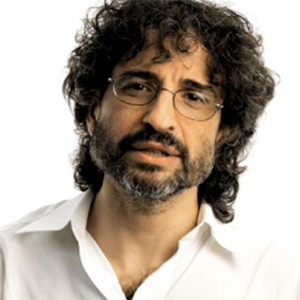 Dr. Gustavo Stolovitzky received his M.Sc. in Physics, from the University of Buenos Aires (1987) and his Ph.D. in Mechanical Engineering from Yale University (1994). From 1994 to 1997 he was a postdoctoral researcher at the Center for Studies in Physics and Biology at The Rockefeller University, where his interests shifted to Genomics and Computational Biology. In 1998 he joined the IBM Computational Biology Center at IBM Research where he is the Director of the Translational Systems Biology and Nanobiotechnology Program. He also holds an adjunct Associate Professor position in the Department of Biomedical Informatics at Columbia University.

In recent years Dr. Stolovitzky has had an active role in organizing the systems biology community. He founded and leads the DREAM project, an international effort that has nucleated thousands of participants to assess the performance of systems biology methods, to foster collaborative models of research and to accelerate the solution of important translational problems. Through the DREAM project he has coordinated the organization of about 30 scientific challenges. He is also a co-organizer of the RECOMB/ISCB Systems and Regulatory Genomics and DREAM challenge conferences, which has nucleated thousands of attendees over the past 6 years. His most recent interests are in the field of high-throughput biological-data analysis, reverse engineering biological circuits, the mathematical modeling of biological processes and nano-technologies for biosensors.

Dr. Stolovitzky has co-authored over 110 scientific publications, edited 2 books and is a co-inventor of 12 issued patents. He received Yale University’s Henry Prentiss Becton Prize award for Excellence in Engineering and Applied Science (1994), and HENAAC’s Pioneer Award for Great Minds in STEM (2013), and has been a finalist in the World Technology Awards in 2011 and 2013. His work has been highlighted in The New York Times, The Economist, The Scientist, Technology Review and Scientific American (where his DNA transistor project was chosen as one of the 10 world changing ideas of 2010) among other media. Dr. Stolovitzky has been elected Fellow of the NY Academy of Sciences, Fellow of the World Technology Network, Fellow of the American Physical Society and Fellow of the American Association for the Advancement of Sciences.