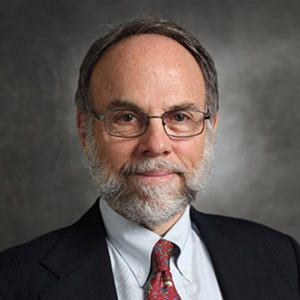 Professor of Medicine (in Biomedical Informatics)

For more than 30 years, Herbert Chase, MD, MA, has taught clinical medicine and basic science at the College of Physicians and Surgeons of Columbia University. He is a board-certified internist and nephrologist who spent the early part of his career as a basic scientist. After shifting his interest from research to education, he participated in, developed, and directed several major medical school courses. In 2000 he was appointed the first Deputy Dean for Education at Yale School of Medicine, where he introduced several major programmatic changes. In 2006 he returned to Columbia to enter the Masters program in Biomedical Informatics as a postdoctoral fellow. Dr. Chase has been recognized for his outstanding teaching with many awards, including the Presidential Teaching Award of Columbia University.

Dr. Chase is currently a Professor of Clinical Medicine (in Biomedical Informatics) and is involved in several research projects that explore the development and potential integration of artificial intelligence into the electronic health record (EHR) to improve medical practice. Projects include developing automated methods to detect chronic kidney disease and Multiple Sclerosis in its earliest stages; using machine-learning to predict the future natural history of chronic illnesses; implementing strategies for pharmacovigilance operating through the EHR; and identifying multidrug interactions that amplify the probability of patients experiencing an adverse event. Dr. Chase previously served as a medical advisor to the IBM team that developed the medical version of Watson. He continues to develop new educational programs at Columbia, where he is currently implementing two four-year curricular threads, one in Biomedical Informatics and the other in Medical Decision-Making and working on a third, Patient-Centered Prescribing.