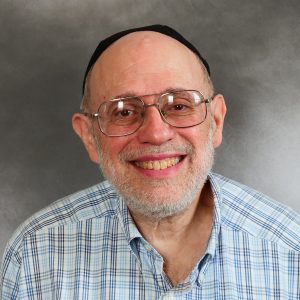 Dr. Richard Friedman’s research is done in the context of his primary appointment as a bioinformatics analyst at the Herbert Irving Comprehensive Cancer Center Biomedical Informatics Shared Resource. He provides the bioinformatics and biostatistical component of experimental, clinical, and translational investigations into cancer and other diseases. as well as a variety of biological processes. Although some of this work is routine, some projects develop into full research collaborations. The majority of his work involves the interpretation of whole-genome differential expression experiments to infer the molecular mechanisms determining the phenotypic differences of the populations being compared. These populations are defined by treatment, genotype, and/or disease state. The work involves both a statistical component and a biological inference component, in which Dr. Friedman works with investigators to infer mechanisms in light of prior knowledge stored in genomic and pathway databases. Some of his other work has involved sequence analysis, molecular modeling, drug design, and non-genomic statistical analysis. Current and recent areas of investigation and collaboration include colorectal, gastric, and esophageal cancer (Wang), liver cancer (Schwabe), pancreatic cancer (Su, Wang, and Olive), prostate cancer (Lieberman), bone cancer (Vunjak-Novakovic), diabetic complications including atherosclerosis, obesity, and nephropathy (Schmidt), induction of cataracts in astronauts by cosmic rays (Kleiman and Lieberman), liver regeneration (Emond and Schmidt), male fertility (Wolgemuth and Lieberman) and growing artificial hearts from cell culture (Vunjak-Novakovic).

Dr. Friedman has contributed to the understanding of disease mechanisms in several areas. Examples include his discovery with Dr. Ann Marie Schmidt that signaling through RAGE (Receptor for Advanced Glycation End products) accelerates atherosclerosis through the Rock branch of the TGF-β pathway. This work suggests several drug targets for atherosclerosis. Another achievement is his collaboration with Dr. Tim Wang that Barrett’s esophagus, a dysplasia that is a precursor of esophageal adenocarcinoma, originates in the cardia, the portion of the stomach immediately distal to the esophagus.

Dr. Friedman’s PhD is from New York University in Physical Chemistry, and his first research was experimental nuclear magnetic relaxation studies of molecular motion in liquids and biological macromolecules. Most of his work prior to his present position was in theoretical and computational treatments of the stability and interactions of biological macromolecules. High points in this work include his theory of the binding of drugs to DNA with Dr. Gerald Manning and the stacking of DNA bases with Barry Honig. As an Assistant Professor he has taught some 25 different courses in chemistry, biology, chemical engineering, and biophysics and physiology. At Columbia, he has taught Biological Sequence Analysis since 1998 and serves as Educational Coordinator of the Columbia Department of Systems Biology and Center for Computational Biology and Bioinformatics.